Arkhive London step out of the shadows early in 2016 after a 2015 that saw a stint on the continent, dabblings in radio and a sold out vinyl release. The label’s sabbatical on European shores unearthed a new patch of keen producers – and for ARK005 Arkhive London unveil a special cross-channel EP from Bordeaux house outfit Tuff Wheelz. Originally a name inspired by old school bikes, the Tuff boys pass time bunking down in their French studio filled with old synthesizers and drum machines, pumping out their signature chunky house sound. ARK005 presents two tracks from Tuff Wheelz, ‘Prophecy’ and ‘Legacy’, two main floor house groovers that tip their hat to the techno faithful. 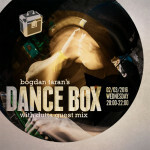 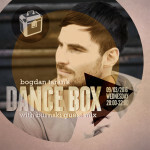