New release by Sincopat’s head honcho Marc Martinez Nadal aka AFFKT along Sutja Gutierrez and The Show has been driving force behind a colourful & empowering sound that is refined by his drive for perfection. Having released music lately on top labels as Suara, Kling Klong, Upon you, Snatch! Freude Am Tanzen or Selador, he has back home. Well known are their collaborations together in tracks like Soul and Nuvol or the co-production in Sutja’s album Cult & Truth, now is time to move forward with this long awaited new song that shows the wide range of influences of both artists. For the remix, the Berliner touch by production duo Smash TV well known by his releases on Bpitch Control, Get Physical or Diynamic keeps the soul of the original track with a superb touch of analogue simplicity, the new synth defiantly gives a new to flavour to the EP. 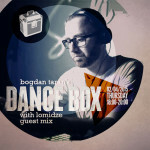 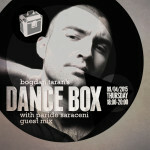